The Mingun Bell is located about 100m North up the street from the huge Mingun Pathodawgyi. You will pass several small restaurants and souvenier shops on your left and an unusual little pagoda along the way. If you have a few minutes pop inside it and have a look, it is different. 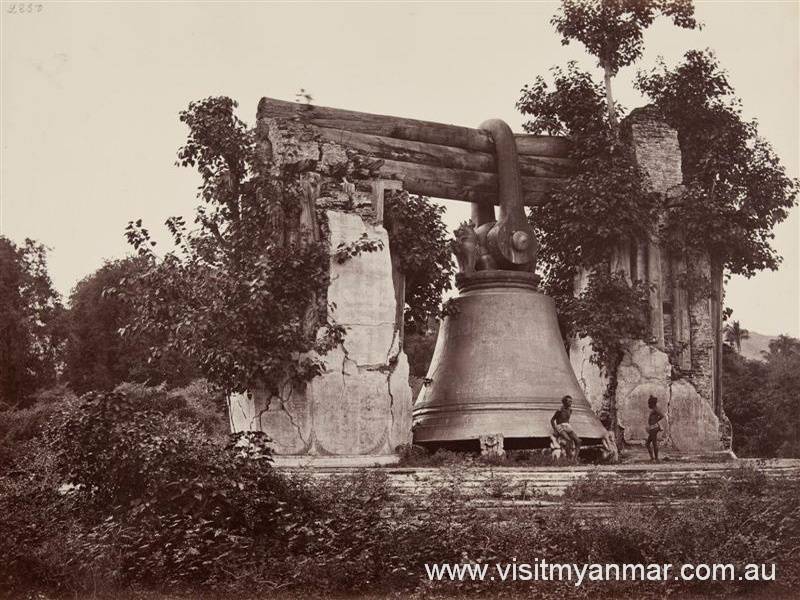 The Mingun Bell was cast in 1808 to be part of the Mingun Pathodawgyi Temple. Its two main supports were badly damaged in the 1839 earthquake but luckily the bell itself survived intact. For roughly the next 60 years it just sat on the ground until 1896 when it was lifted up onto new supports and there it still hangs happily today, now snug in its own small temple. The bell is a great testement to the skilled Burmese craftsmen of the time.

From when it was cast up until the year 2000, weighing in at 90 tons and having a width of nearly 5m, the Mingun Bell held the record as the largest ringing bell in the world.

Unlike a lot of western bells, the Mingun Bell does not have a clanger inside. To make it ring it is struck like a gong with a small mallet on the outer rim.

The bell is high enough off the floor so that you can slip under the outer rim and stand inside the bell. The interior is becoming covered with much thoughtless grafitti from past visitors, please do not add to it. 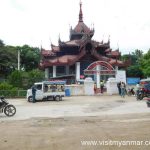 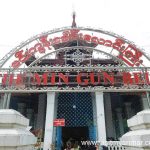 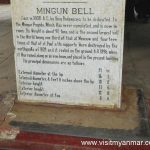 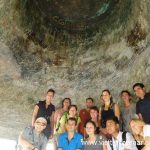 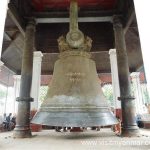 From the Mingun Bell continue a further 150m up the main street to reach the lovely huge white Hsinbyume Pagoda.