The Mingun Sayadaw Pagoda is a small lovely memorial pagoda just North of Mingun Pahtodawgyi Pagoda. It was built in 1994 by the followers of the Bhuddist Abbot who lived and worked in the area most of his life. Mingun Sayadaw literally translates to Mingun Abbot. 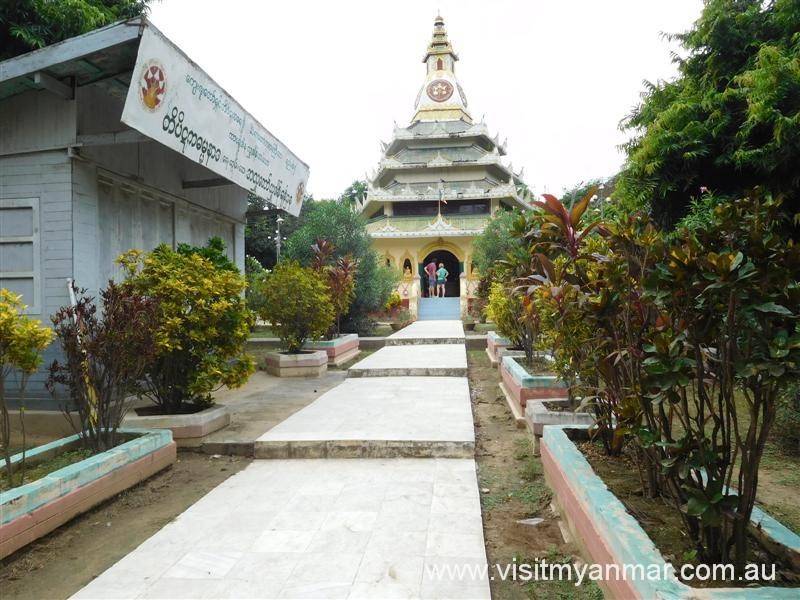 The abbot was a rarity as he had an eidetic memory (commonly called photographic memory). In 1985, the Guinness Book of Records recorded the sayadaw as a record holder in the Human memory category. The exact entry was Human memory: Bhandanta Vicitsara – recited 16,000 pages of Buddhist canonical text in Rangoon, Burma in May 1954. 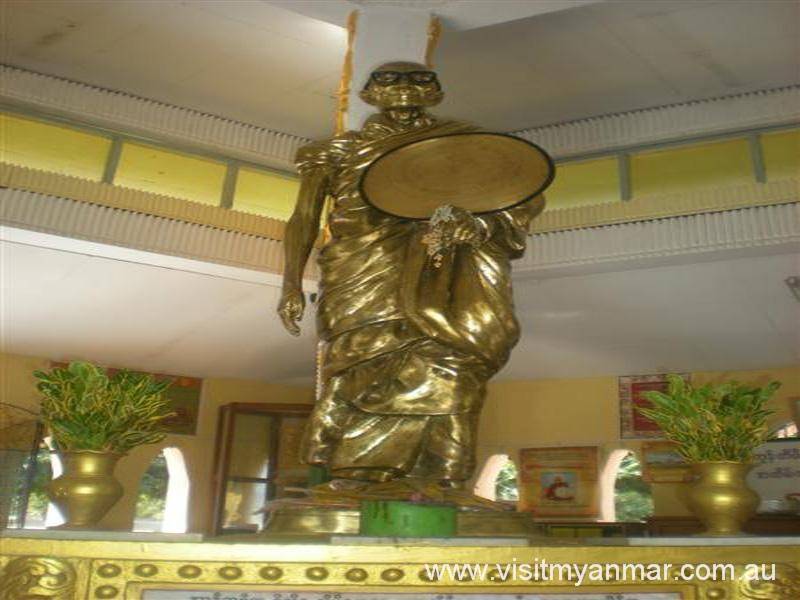 From Mingun Sayadaw Pagoda continue 50M North up the road to the Mingun Bell.