The Royal Palace in Mandalay is the last home of the Burmese monarchy. The palace was constructed by King Mindon in the 1850’s following the move of the capital from Amarapura.

Similar in exterior layout to Cambodia’s Angkor Wat the Mandalay Royal Palace is surrounded by a 65m wide moat and thick defensive walls that are 2k long on every side. 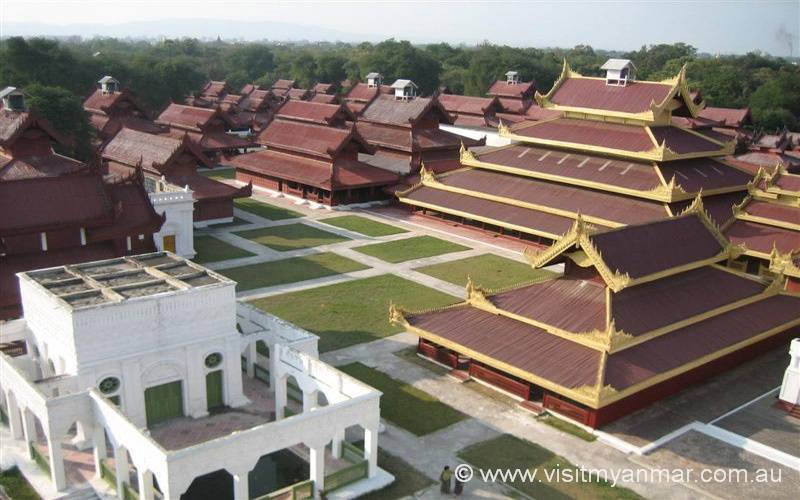 Whereas Angkor has a single stone central temple Mandalay Palace was filled with a multitude of teak wooden buildings all laid out in a concise grid pattern. It was both the home of the ruling royal family as well as the seat of government. The living quarters and offices for the government officers were spread out all around the central square that was occupied by the royal family. The more important you were the closer to the central area you were located.

The Palace has had a checkered history since it was built. It was only the Royal Palace until 1885 when the royal family was evicted by the British and exiled to India. After that it was used by the British as a garrison for its troops. The Japanese forces occupied the grounds during WW2 until the buildings were destroyed by allied bombing. The central Palace area was reconstructed around 1990. Today the whole area surrounding the central Royal Palace area is off limits and is occupied by the Myanmar Army.

The main entrance and ticket office is on the Eastern side of the Palace on 66th Street opposite 19th Street.

From the ticket office go down the main boulevade to get to the Royal Palace. You will see 2 antique cannons at the front entrance.

As you enter the main audience hall behind the cannons you will see a display of old photos of the royal families and inside the royal throne. Go for a wander around and visit all the other Royal Palace buildings, including places like the the Victory Hall, the Central Palace and the Tea Room where the king had a morning cuppa every day he was in residence. The Tea Room doubled as a small armory where ancient lances and swords were kept.

To get a good view of the whole Mandalay Palace area climb up to the top of the observatory (watch) tower. Great views. 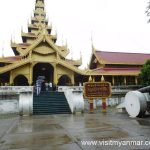 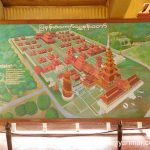 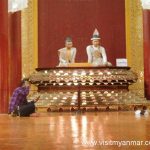 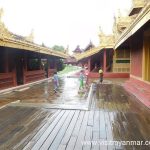 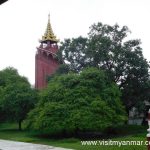 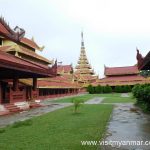 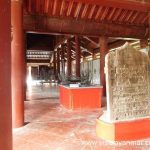 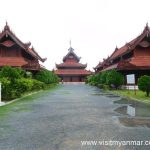 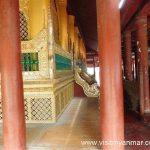 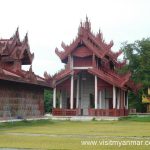 For those who might be interested if you click on the PDF icon at left you will be able to download a pdf copy of 4 pages of a book produced in 1917 as part of an archaelogical survey of Mandalay Palace by the Burma Government. It shows a detailed plan of the original Royal Palace with descriptions of all the features. Enjoy.

As well as being the main place in town to buy the Archelogical Zone Ticket the Mandalay Palace is a must see on any visit to Myanmar.