The Atumashi Monastery (or Atumashi Kyaung) (or Maha Atulawaiyan Kyaungdawgyi) is a Buddhist monastery built around 1859 by King Mindon in Mandalay, Myanmar (Burma). At the time it was considered to be one of the most magnificent buildings in South East Asia. 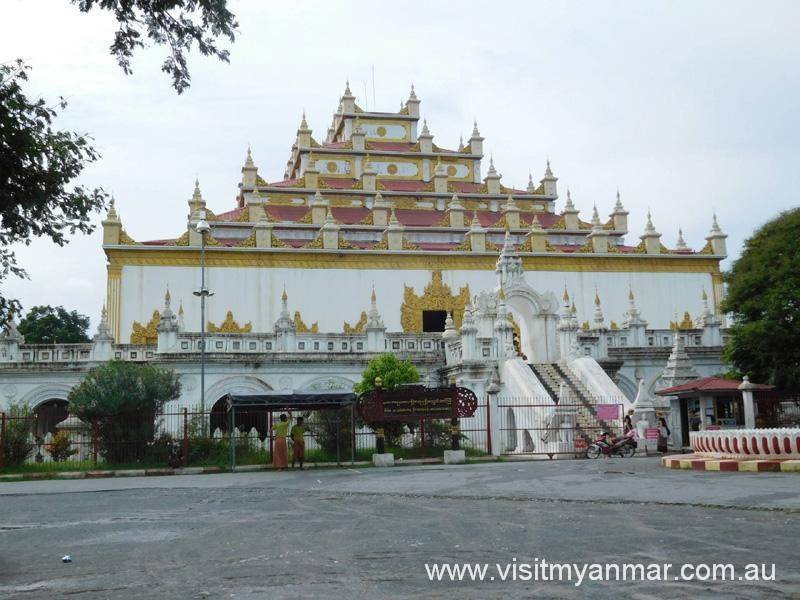 The original monastery was built using teak wood, unfortunately it burnt down about 1890. For nearly a century the monastery ruins sat exposed to the elements. Several charred teak pillars, the main staircase and some walls were all that survived the fire.

In 1996 the Burmese Archaeological Department had the site cleared and the monastery was rebuilt using modern materials but still to the original plan and layout.

The main hall on the upper level is nowadays used as the ordination hall for all the Buddhist monks that pass their yearly examinations at the State Pariyahti Sasana University just opposite the monastery.

Whilst it is fairly impressive, it would not compare to the magnificence of the original building.

TIP – if it has been raining before you visit here be careful as the whole terrace is made of polished marble which can be very slippery when wet. Stick to the mats that are laid out.

The Atumashi Monastery, opposite North East corner of Palace moat, is near the Kuthodaw Pagoda, built at the same time, and next door to the Shwenandaw Monastery.