The Nanmyin Watchtower in Inwa (Ava) is pretty much all that remains of the once royal palace that stood here until it moved to Amarapura in 1841 three years after the city was devastated by the 1838 earthquake.

The Nanmyin Watchtower would have originally stood in what was then the center of the royal palace grounds. 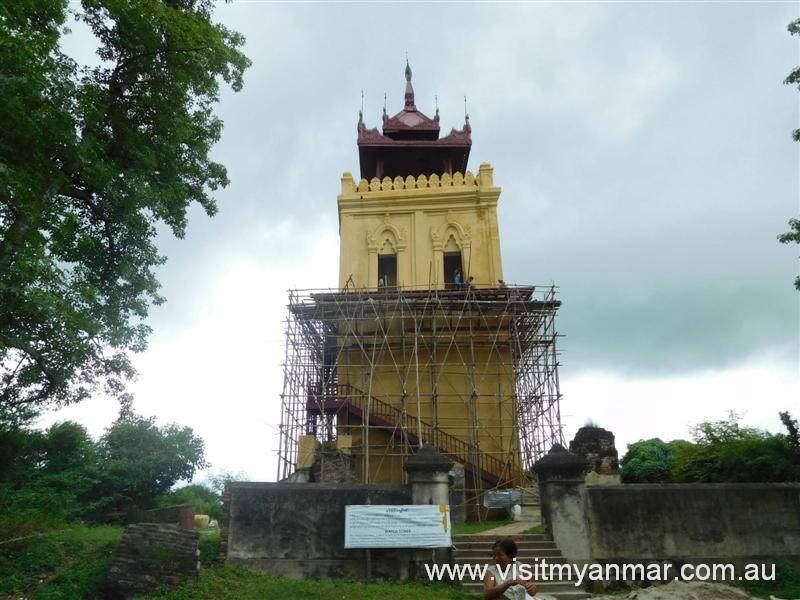 Thought itself damaged in the 1838 earthquake from whence it gained its slight lean the 30M tall watchtower was subsequently restored and earned itself the nickname of ‘the leaning tower of Ava’. The date of construction is presently unknown, it would have been built somewhere between 1400 and 1800 AD.

From the top of the ocre coloured watchtower you would have good views of the whole of what was the Inwa (Ava) Royal Palace grounds.

Unfortunately the Nanmyin Watchtower is still undergoing extensive maintenance so you may not be able to climb up it for a while yet. It will be much better when the repairs are finished and you can once again climb up to the top. Worth a quick look.