Shwe Kyi Myin Pagoda (also called Shwe Kyee Myin or Shwe Kyi Myint) is located on 24th Street between 82nd and 83rd Streets. It is probably one of the least visited but oldest pagodas in Mandalay having been built by an exiled prince from Bagan in the late 12th century, some 700 years before King Mindon made Mandalay his Royal palace in 1857.

Part pagoda and now part monastery this place houses a large collection of images of Buddha. There is a large central golden stupa and surrounding it is a myriad of colourful statues scattered throughout the garden and terrace surrounding the main stupa. Check out the beautiful guilded carvings decorating the inside wall. 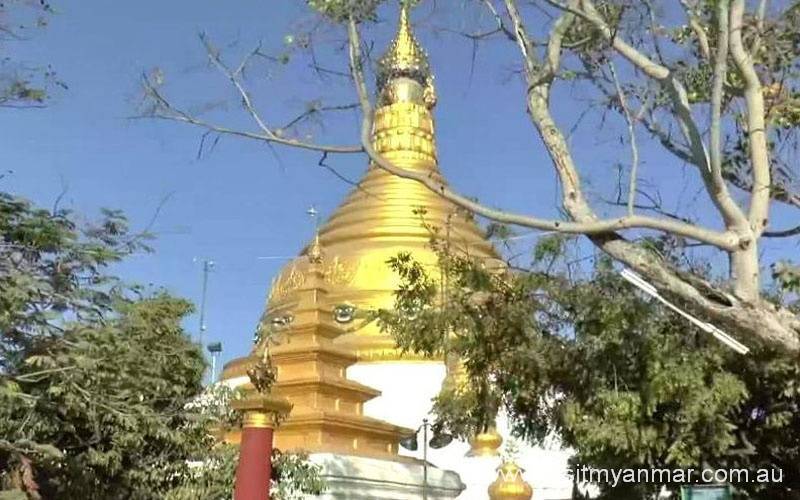 If you visit Mandalay around late September – early October you will be in time for Thadingyut – the Festival of Lights, one of the largest festivals held throughout Myanmar. At Shwe Kyi Myin they celebrate the festival with a display of thousands of little oil lights spread throughout the main pagoda area. It is a beautiful sight to see, especially in the evening.

In 2017 the three day festival will be held on the 4th, 5th and 6th of October to coincide with the full moon.

There is no camera fee when you visit Shwe Kyi Myin Pagoda.