The Sandamuni Pagoda in Mandalay, Myanmar is located at the foot of Mandalay Hill beside the top right corner of the Royal Palace Moat with the main entrance in 64th Street.

There are 3 Pagodas almost side by side here. On the West is the Kyauk Taw Gyi Pagoda, in the middle Sandamuni Pagoda and to the East Kuthodaw Pagoda. Whilst the other 2 are the normal square shaped layout Sandamuni is a large rectangular complex running East to West.

The main features at Sandamuni include good views up Mandalay Hill, over 1700 small shrines in neat rows housing inscribed marble slabs, dozens of small shrines containing statues of the original diciples of Buddha, the large golden stupa at the center of the pagoda, and the largest iron Buddha statue in Myanmar called the Sandamani. 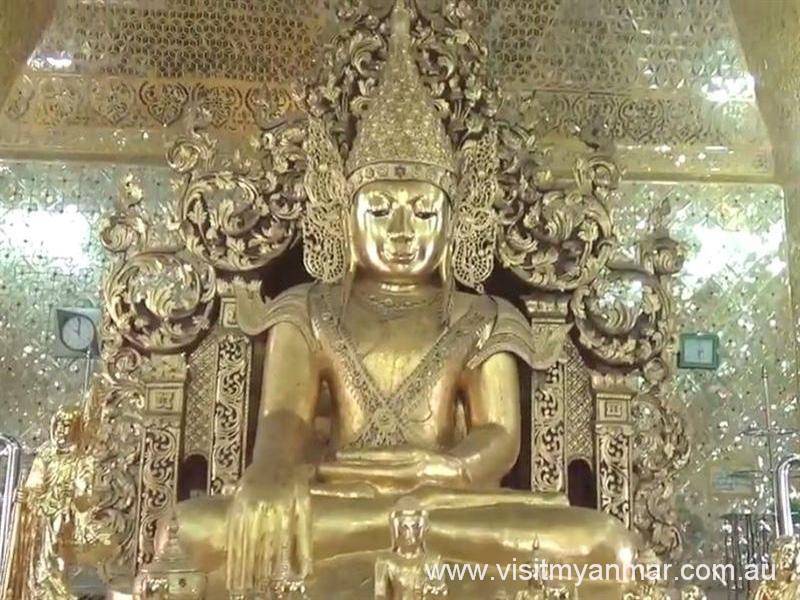 The central pagoda was built by King Mindon in 1874 as a memorial to his murdered young half-brother the Crown Prince Kanaung.

To get to the central pagoda you pass down covered walkways through rows of shrines called Dhamma Cetis. Each shrine contains a single marble slab, roughly 1m wide and 1.5m tall. The slabs are engraved with commentaries on the teachings of the Buddha. Whilst the central pagoda was built in 1874 it was not until 40 years later around 1914 that the small shrines were built to surround it.

The first stop at the center is the shrine housing the iron Buddha statue. Originally built in 1802 it was moved from the Royal Palace at Amarapura to this spot in 1874 by King Mindon. You cannot tell it is made of iron as devotees have since covered it all over with gold leaf foil so it now looks like a golden statue.

Outside from here is the central golden stupa towering over the pagoda complex.

It is similar in ways to the nearby Kuthodaw Pagoda that houses the worlds largest book but it is smaller and more compact. Kuthodaw is spread out with avenues of trees between the rows of shrines wheras at Salamundi they are all lined up in rows side by side and clustered around the central pagoda with little space in between. 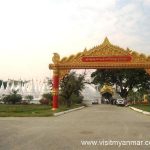 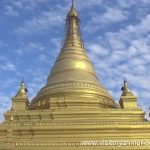 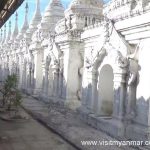 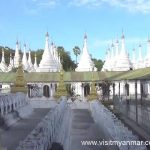 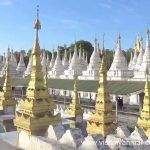 Sandamuni Pagoda is a very pretty and compemplative spot to visit and the shaded walkways are a welcome way to keep you out of the heat of the day. Worth a look.