Kuthodaw was built during the 1860’s by King Mindon to house copies of the sacred Buddhist scripts. To make sure the scripts lasted for as long as possible Mindon had them chisled on to 729 marble tablets with writing on both sides. Each tablet was then housed inside its own little small pagoda called a Dhamma Ceti to prevent damage from the weather. 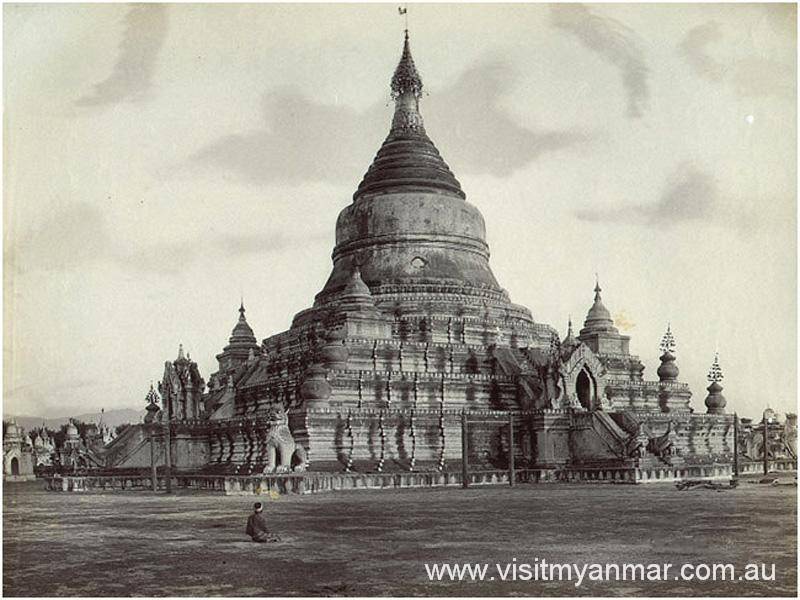 The 729 pagodas are set out in uniform square rows encircling the central large golden pagoda. There are 3 rows of the small pagodas, inner, middle and outer. The outer row has pagodas 3 abreast, the middle and inner rows have pagodas 2 abreast. Located in the South East corner of the inner row is one extra stone tablet detailing how the whole Pagoda was made.

In between the rows of pagodas there are planted numerous shady and fragrent star flower trees. The star flowers can be threaded together to make a flower chain which is worn as a decoration of offered to the Buddha statue.

The entrance to Kuthodaw Pagoda is via the south gate, then you go along an open sided covered walkway that is decorated with many fresco style paintings along the sides at the top. You will pass through the 3 rows of pagodas as you walk along the walkway.

At the end of the walkway you will find the shrine to Buddha. Just near that is a model display of the layout of the whole temple complex. From there wander outside the shrine and view the large central golden stupa.

You then go for a wander along the rows of trees and small pagodas housing the marble tablets. You can exit from any of the 4 entrance walkways, just remember where you came in and left your bikes or driver.

Locals will often go to the pagoda rows at Kuthodaw Pagoda to have their photos taken as part of their wedding photo album. The pagoda opens daily from 8am till 8pm. 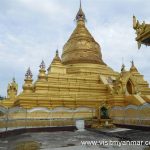 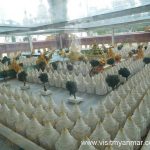 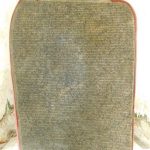 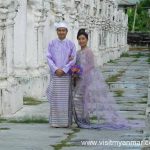 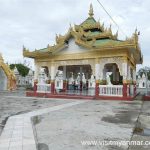 Kuthodaw Pagoda stands at the top right hand corner of the Royal Palace moat in 11th Street, between 62nd and 64th Streets. Right next door is a similar but smaller temple called Sandamuni Pagoda. If you have time, then visit them both. If it comes down to a choice, then visit Kuthodaw Pagoda. Beautiful, quiet and very photogenic.