Two Giant Chinthe Lions, built in 1799 were designed to be the guardians of the Mingun Pahtodawgyi, to scare away evil forces. 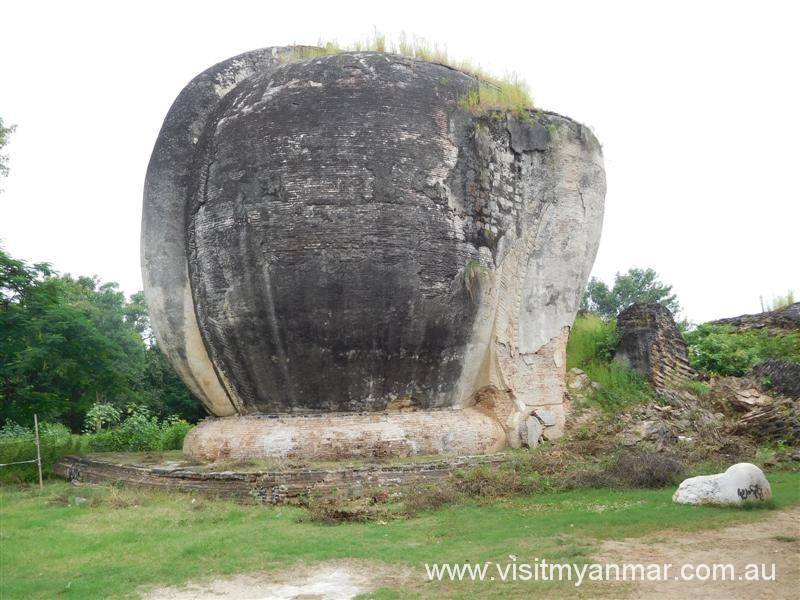 The intention was to have the main entrance to Mingun Pahtodawgyi accessed from the river bank then up between the two Giant Chinthe Lions then directly on to the main temple entrance.

Unfortunately the giant lions were damaged during the earthquake in 1839 and their massive heads have fallen off.

If you walk around to the river side of the lions you can see how the internal structure of the lions was made. It is a brick structure which was then covered with an outer render coating which was what was carved.

From the rear you can see the tail of the lion all the way down the center until it goes under the seated lion.

You will find these mythical beast figures guarding the main entrance to many pagodas and temples throughout Myanmar, thou not as large as the Mingun Giant Lions.

From the Giant Lions walk directly accross the main street to Mingun Pahtodawgyi.