Standing 35M tall the pagoda is covered in goldleaf which makes for a stunning sight on a sunny day. 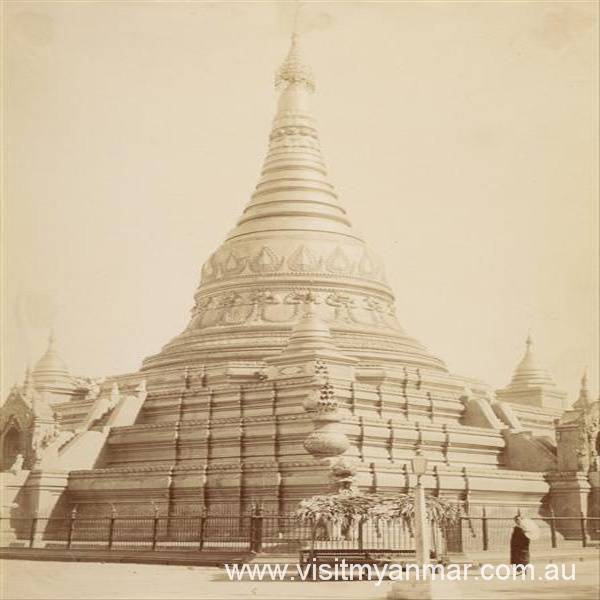 The pagoda was built by King Pagan Min in 1847, on the site of his former summer house where he used to live as a prince of the royal family before he became king in 1846 and ascended the throne in Amarapura. Hence the name, Royal House Pagoda.

The pagoda houses a Buddha statue that was brought from India in 1839. The Buddhist monastery situated around the pagoda is called Ein Daw Yar Monastery.

Ein Daw Yar Pagoda and Monastery are famous places in the then struggle for independence by the Burmese people. After the 1885 invasion of Upper Burma the British showed little if any respect for the Burmese Buddhist religion and their sacred temples. This came to a head on the 4th of October 1919 when a group of Europeans including several women did not remove their footwear and entered this sacred Pagoda. They were all forcibly evicted from the premises by angry Buddhist monks. Four of the monks involved were convicted by a British Colonial court and their leader U KettaYar was sentenced to life imprisonment. This triggered a groundswell of religious backlash against the British. (Ref – Religion and Politics in Burma by Donald Eugene Smith) 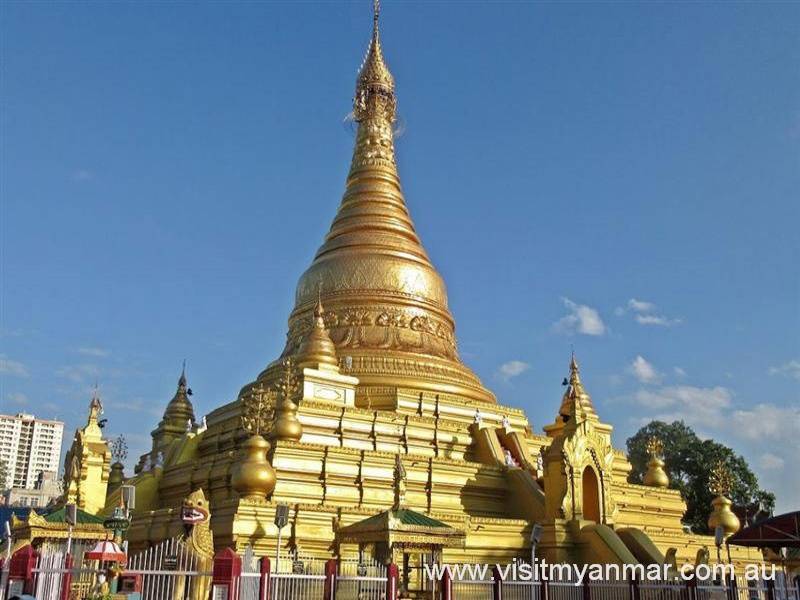 As well as being beautiful during daylight the pagoda is just as impressive after dark when all the lighting is turned on.