The Thapyatan Fortress is one of 3 fortresses built by King Mindon around 1875 in an attempt to stop the British naval forces from sailing up the Irrawaddy (Ayeyarwady) River to attack the royal capital of Mandalay. Thapyatan Fortress is located on the eastern bank of the Irrawaddy River just North of Inwa sitting to the left of the iron bridge going over to Sagaing.

There is a stone inscription at the site which gives the measurements and some history of the fort. Thapyatan is around 400 feet square with three tired walls facing the river upon which cannons would have been able to fire upon the British invaders coming up the river. Several of the old cannons are still in place today.

Beneath the ramparts there are tunnels you can go through to explore where the ammunition was stored for the cannons and presumably quarters for the troops manning the big guns.

The other 2 fortresses are Sinkyone Fortress and Asaykhan Fortress.

Sinkyone Fortress is on the same Eastern riverbank as Thapyatan and can be found to the far left of Inwa just outside the zig-zag town wall on the riverbank. Whilst it still has 2 cannons in place it is not as impressive a structure as Thapyatan, but it does have good views across the river to Sagaing. 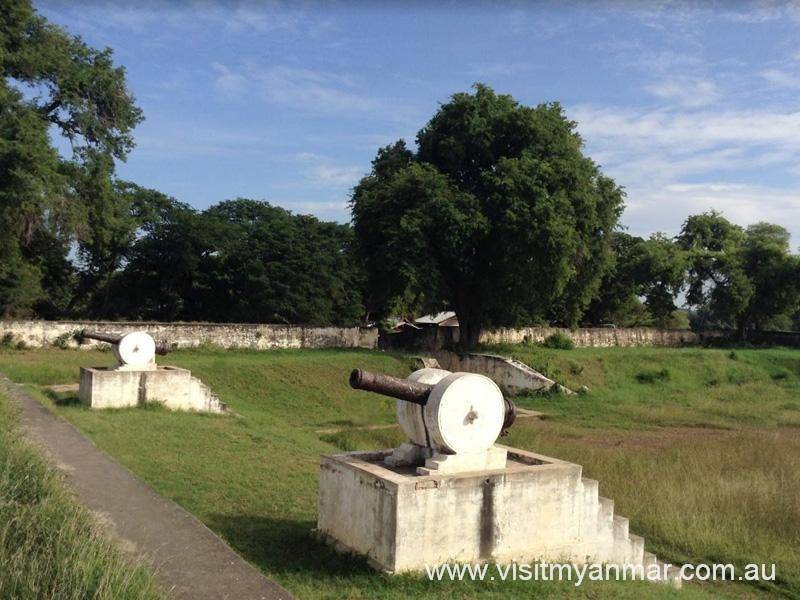 Asaykhan Fortress is opposite Inwa on the Western bank of the Irrawaddy River in Sagaing. To get there cross over the new bridge from Mandalay to Saigaing and once across head South along the river road to immediately past the Teacher Training College. Asaykhan is also less impressive than Thapyatan. It does have several old cannons facing the river and a small cemetery where you will find the headstones of several British naval people who fell in the battle of 1855. 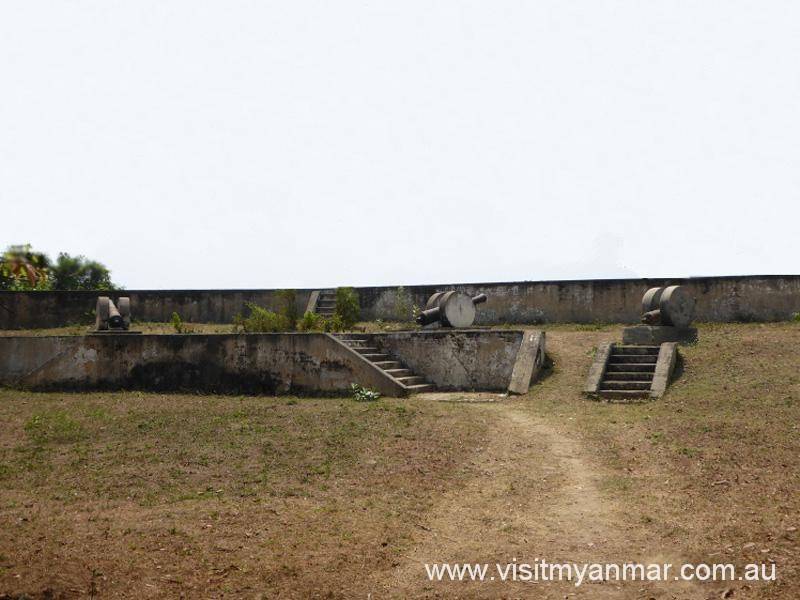 There are moves currently being made by the Government to turn the fortresses into parks starting with the Asaykhan Fortress in Sagaing and also institute regular maintenance to the areas to improve tourist participation.