Amarapura is now an outer suburb of Mandalay some 10km from the city center. From about 1780 till 1855 it was the Capital of Burma. The easiest way to pronounce Amarapura is AM – A – RA – PURA.

The last King of Amarapura was King Mindon who had most of the royal palace and capital city buildings dismantled in 1855 and moved to the area now known as the Royal Palace in Mandalay.

Amarapura is best known today for some of its historic sites and traditional crafts including silk and cotton weaving and bronze casting.

The ruins of the original Amarapura Royal Palace walls show it to have been a square with a side of about 1.6 kilometres in length, surrounded by a moat. At each of the four inside corners stands a pagoda about 30 metres high. Inside the original palace ruins you will find the tombs of King Bodawpaya and King Bagyidaw. 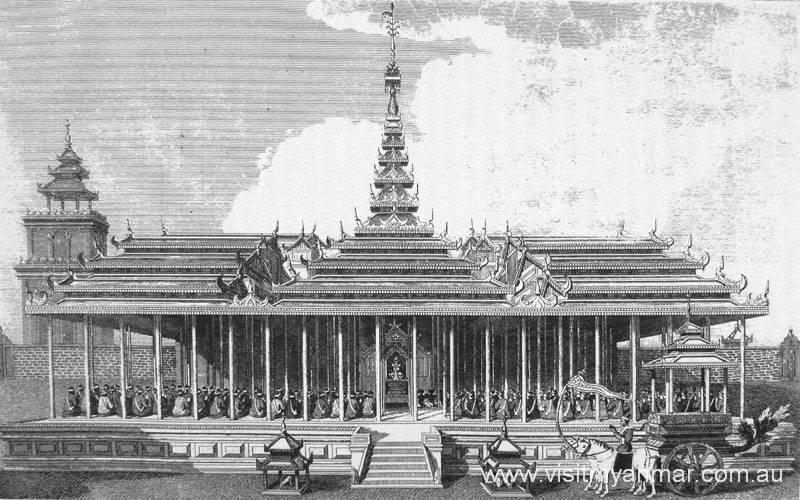 Two centuries ago the most remarkable building in the Amarapura Royal Palace was a celebrated temple, adorned with 250 lofty pillars of gilt wood, and containing a colossal bronze statue of the Buddha. Unfortunately the temple was dismantled and removed to the Mandalay Royal Palace around 1855. All we have today to remember this once beautiful building is an image made by a British Officer in 1795.

These days the most popular and most visited tourist attractions in Amarapura are outside the once Royal Palace enclosure. 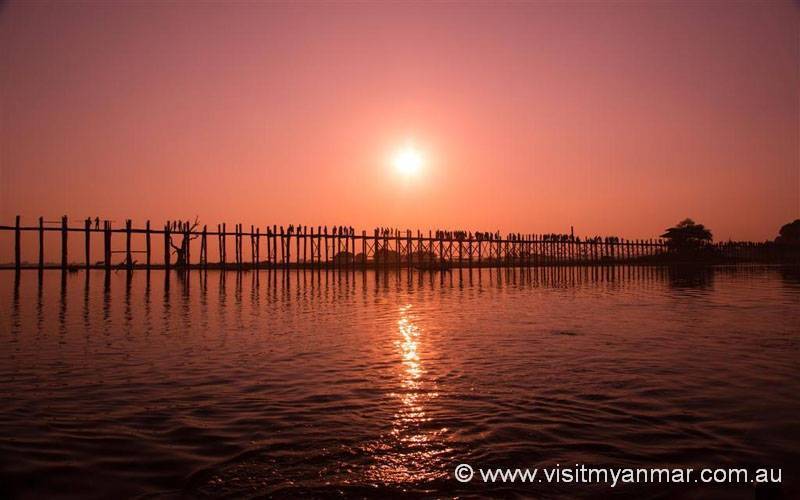 You can see beautiful sunrises and sunsets at U-Bein Bridge, marvel at the frescos adorning Kyauktawgyi Pagoda, visit the monks at the Maha Gandhayon Monastery, and pay a visit to handicraft workshops like the Thein Nyo Silk Weaving workshop. 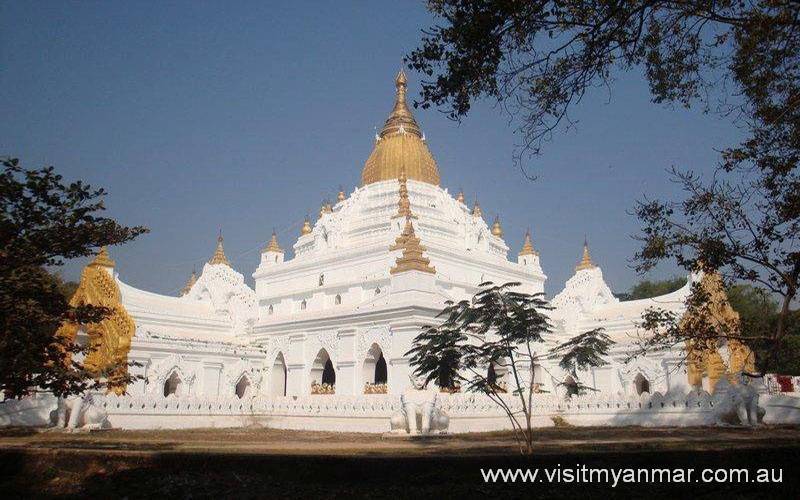 Apart from the popular ones above try and visit several other memorable sights like the Nagayon Pagoda, the Pahtodawgyi Pagoda, the Bagaya Kyaung (Bagaya Monastery) and the twin pagodas at Shwe-Kyet-Kya & Shwe-Kyet-Yet (just before you cross the Saigaing Bridge).

Amarapura is a popular area to include on any day trip from Mandalay, usually combined with visits to Inwa (Ava) and/or Sagaing.